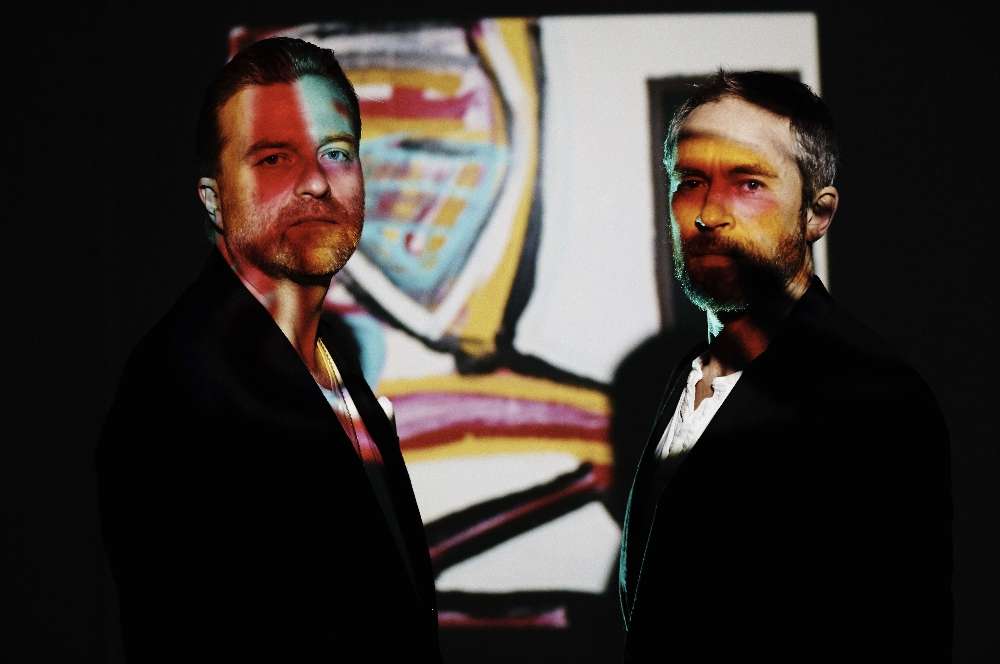 The Quiet Temple is an amorphous musical collective put together by Rich Machin and Duke Garwood, with a rolling cast of players assembled from the likes of Soulsavers, Spiritualized, Stereolab and Julian Cope.

For Machin, Garwood and the other musicians (Ray Dickaty, Tim Lewis [aka Thighpaulsandra], Pete Marsh, Paul May, Doggen) a sense of adventure and devil-may-care inventiveness took precedence over precise design when they started the recording process at Gabriel’s Real World studio in the autumn of 2017.

“One of the big things I wanted to achieve with this record was breaking away from things being super planned out,” Machin explains. “To actually just go into a studio without having everything mapped out in advance. And being comfortable enough to see what happens. It was incredibly stressful at first, but once you realise it works it’s actually a really nice way to work.”

Of course, to say there was absolutely no plan would be something of a misnomer., there were some ideas. Machin in particular had three records in mind when it came to how he wanted The Quiet Temple to feel and sound. These albums - Larry Young’s Lawrence of Newark, Marcus Belgrave’s Gemini and Noah Howard’s The Black Ark - were discussed with everyone beforehand.

“They were the big three reference records,” says Machin. “And everyone dialled into that quite quickly. The spirit of those records flows through this one somewhat.”

However, while those three seminal jazz albums provided a flavour of what Machin and Garwood wanted to achieve - chiefly an air of improvisation and an emphasis on acquiring a heightened sense of connection in the studio, much like when performing live - the duo were also conscious of not wanting to make an explicitly jazz record.

“We both shared a similar kind of thought process in that we wanted to de-jazz some of that stuff and almost approach it from more of a Velvet Underground angle,” Machin points out. “We wanted to make a record where you could get lost in the groove in more of a Velvets way.”

Other clues to how the album might sound came in the shape of a couple of rough musical ideas Machin had. It was, he says, almost the same approach to making a hip-hop sample record.

“I had a few bars of music,” he explains, “but we didn’t sit around studying it. We played it once and that was the starting point. It wasn’t about thinking ‘This is the part’. It had to be looser than that. And then we were relying on what everyone else was doing.”

“It was about finding those grooves where all of a sudden it just made sense and everyone fell into it,” he says. “Because that’s where the magic happens in the studio.”

Over the course of a week, tracks were worked upon, honed or discarded. Everything was recorded live. There was no splicing of takes, as that would have defeated the concept. On occasion the group performed a live edit where they would take sections from different takes, but the original intention of creating a record where everything was recorded live was maintained.

The result is a potent and nuanced record that beguiles as much as it charms. Across six tracks the album moves from the languorous lysergic shuffle of the opening The Last Opium Den (On Earth) to the beatific - almost Balearic - lazy grooves of The Bible Black. Elsewhere, the opening cinematic vistas of Shades of Gemini soon gives way to something far more menacing and whisky-sodden. Finally, the closing Utopia & Visions takes the electronic post-punk visions of Talk Talk into unapologetic cosmic dub territory.

So while jazz’s spirit of wanderlust underpins the record, Machin is defiant that The Quiet Temple is not a jazz album.

“I don’t think it’s a jazz record,” he states. “It’s got a lot of Krautrocky stuff going on in it as well. For me, as well as the Alice Coltrane influence, it’s equal parts Velvet Underground and Harmonia. There’s lots of psyche rock and other elements in there too.”

Currently preparing to take their experimental cosmic-psyche-jazz-Krautrock-post-punk-dub record on the road, live dates will be announced shortly.