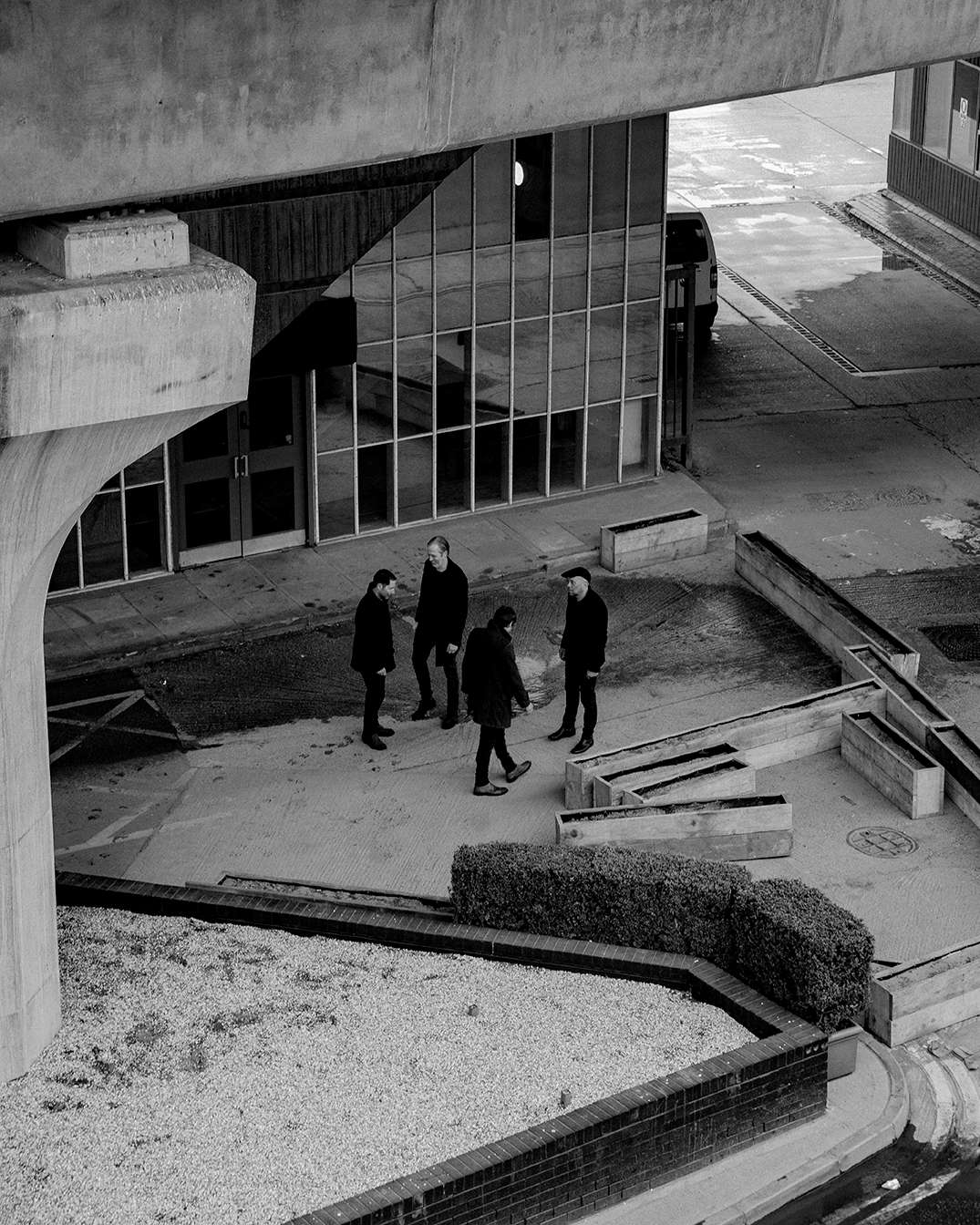 Ride have unveiled the video for current single ‘Future Love’. Watch here. Speaking of the video, director Jacob Hopewell says “I have always been a huge fan of Buffalo 66 and when I first heard the track, the infamous Photobooth scene instantly sprung to mind. This idea of creating something quite voyeuristic, watching people at a party felt really interesting as we could show everything that people didn’t necessarily wish to reveal. It also gave us the opportunity to develop a few character plots and twists and push on a few themes that relate back to the Bands album title ‘This Is Not A Safe Place’. It was a fun one to put together and thought everyone involved really got on board and helped make it what it is.”

Along with the video Ride have announced US + UK headline dates for later this year. A full list of upcoming shows can be found at https://www.thebandride.com/tour/

'This Is Not A Safe Place' is due out 16th August and sees Ride reunite with revered DJ, producer and remixer Erol Alkan, who was on production duties for 2017’s critically acclaimed ‘Weather Diaries’. Rekindling that creative partnership has once again seen Ride push their sound forward, as hypnotic rhythms and washes of lush guitars come together with leftfield electronic influences. The combination creates a sound rich in their trademark shoegaze atmosphere, whilst simultaneously sounding fresh and creatively ambitious.

‘Future Love’ was the first song to be unveiled from ‘This Is Not A Safe Place’. An unguarded, gloriously optimistic song, ‘Future Love’ brings together many of Ride’s best loved elements. Layers of guitars’ chime and drone, as the Oxford quartet effortlessly meld shoegazing dynamics, melodic psychedelia with their distinctive Transatlantic harmonies. It’s a song steeped in the heady haze of the start of a relationship, when anything seems possible, and one that’s sure to strike a chord as the shimmering start of the summer comes into view.

Following the successful release and hectic touring schedule from ‘Weather Diaries’, the band gathered influences from sources such as the Jean Michel Basquiat exhibition at the Barbican, and the post punk sound of The Fall and Sonic Youth, to make an album which contains echoes of their earliest days as a band, while bringing these elements into 2019. ‘This Is Not A Safe Place’ came together in a matter of weeks at the end of 2018, and start of 2019, the sound of a band embracing their new found creativity and rejuvenated dynamic. The record also sees Ride reunite with sound engineer Alan Moulder, who is on mixing duties for his fourth Ride record, following ‘Weather Diaries’, ‘Going Blank Again’ and their 1990 debut album ‘Nowhere’ (an album whose artwork is wonderfully echoed on the newly revealed cover of ‘This Is Not A Safe Place’).

Pre-order 'This Is Not A Safe Place' with exclusive merch options here.