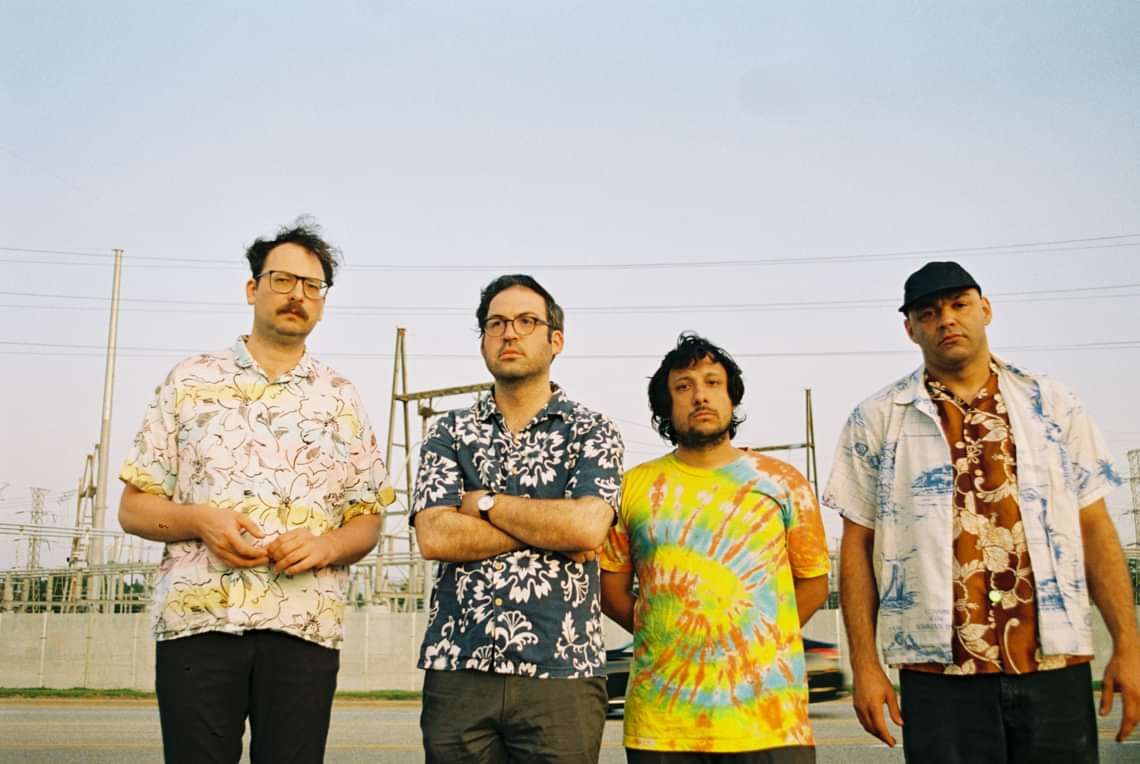 On first glance, the line-up on Shame Engine / Blood Pleasure, the seventh studio album from Chicago’s Health&Beauty, might indicate a passing of the torch. The recording features a large cast of musicians from the outfit’s past and its present helping the band’s founder and sole constant Brian J Sulpizio achieve his idiosyncratic vision—a sound and ethos he’s been kicking around, retooling, and finessing for more than 15 years, a few years after moving to Chicago from his native Defiance, Ohio in 2000.

From song to song the band’s sound encapsulates detail-rich pop songs, extended jamming inspired by Chicago’s free jazz legacy, and devastatingly potent country-folk tunes. Sulpizio has never been hung up on genre, but his imagination and musicianship has allowed him to bring far-flung ideas to beautiful fruition.

Today, Health&Beauty unveils elegant lead track, "Rat Shack". Sulpizio says of it: "Owning a home brings security and comfort, a feeling that you've "made it." What does a person sacrifice for that feeling of comfort? For the generation of people reaching the home-buying age today, is purchasing a house even a wise financial decision? Should contemporary domestic partnerships be defined to include business decisions or does relying on one another in this way complicate our more basic reliances (physical touch, sex, daily meals) in a way that is fundamentally destructive to them? Does our desire for a sense of long-term security lead us to decisions that prevent us from feeling a sense of security in the present? Listen to Rat Shack to find out..."

A good chunk of the beautifully scorching new album Shame Engine / Blood Pressure was cut right after a quartet version of the group—with Brian J Sulpizio joined by guitarist Jake Acosta, drummer Seth Vanek, and bassist Bill Satek—had finished an intensive three-week tour at the end of 2017. The new album conveys a directness and power that seems to stem from the band’s live performances, whether the harrowing, droning blues of the opener “Saturday Night” or the soulful Irish-tinged folk-rock of “Recourse.” In reality, Shame Engine / Blood Pleasure is simply the latest chapter in an evolving tome, but it’s absolutely the most gripping and satisfying instalment in that process yet.

Over time many musicians have collaborated with Sulpizio—some in short bursts, others, like keyboardist Ben Boye and drummer Frank Rosaly, over the long haul—and the new record includes some fresh faces. Sulpizio is that rare beast with a keen ear for detail—no doubt a byproduct of his frequent work as an engineer and producer for some of Chicago’s most beloved bands—as well as an abiding love for the spontaneity and heated interaction of live gigs.

His epic improvisational abilities have been a constant in the bands led by Ryley Walker—where the guitarist cemented his bonds with both Boye and Rosaly— but he’s always focused on serving the band rather than grandstanding. Even within Health&Beauty he frequently cedes lead guitar duties to others: check out Acosta’s post-Eddie Hazel fantasias on “Saturday Night.”

Shame Engine / Blood Pleasure, like its predecessors, is undeniably the product of his fertile mind, but it wouldn’t sound the way it does without the input and ideas of his collaborators. “We all have too much to gain by working with as many people as makes musical sense to us, and I really enjoy having Health&Beauty records run a wide musical gamut,” explains Sulpizio of the peripatetic line-ups of the band over time.

“The music of Health&Beauty is the sound of love and fear oscillating through us,” he says, and, indeed, these riveting new songs express the full gamut of human emotions, toggling between extremes, but given ballast by the rich musical center conjured by the arrangements and performances. “I'm still looking for things that sound ‘weird’ to me; looking to be changed by something. So there's a lot more letting things be what they are on this record: a lot more audible exploration."

Theo Karon and Sulpizio mixed the album in Los Angeles--where Boye added his keyboard parts--resulting in both the biggest-sounding record Health&Beauty has ever made, and also its most translucent. Yet the most dramatic leap on Shame Engine / Blood Pleasure may well be Sulpizio’s singing. Depending on the requirements of a given song he modulates his delivery to be sweetly empathic (“Love Can Be Kind”) unctuously unreliable (“Yr Wives”), or struggling with uncertainty (“Clown”). His phrasing consistently adds new wrinkles to already handsome melodies while imparting emotional quivers, both positive and negative.

Shame Engine / Blood Pleasure stands as one of the great rock albums to emerge from Chicago this decade, its ambition quietly enfolded into the seamless, sophisticated execution. Whether flanked by some of the scene’s most talented musicians, or armed simply with his own guitar, Sulpizio has learned to share, comfort, and communicate his thoughts, both dark and light, in a way that resonates within us.