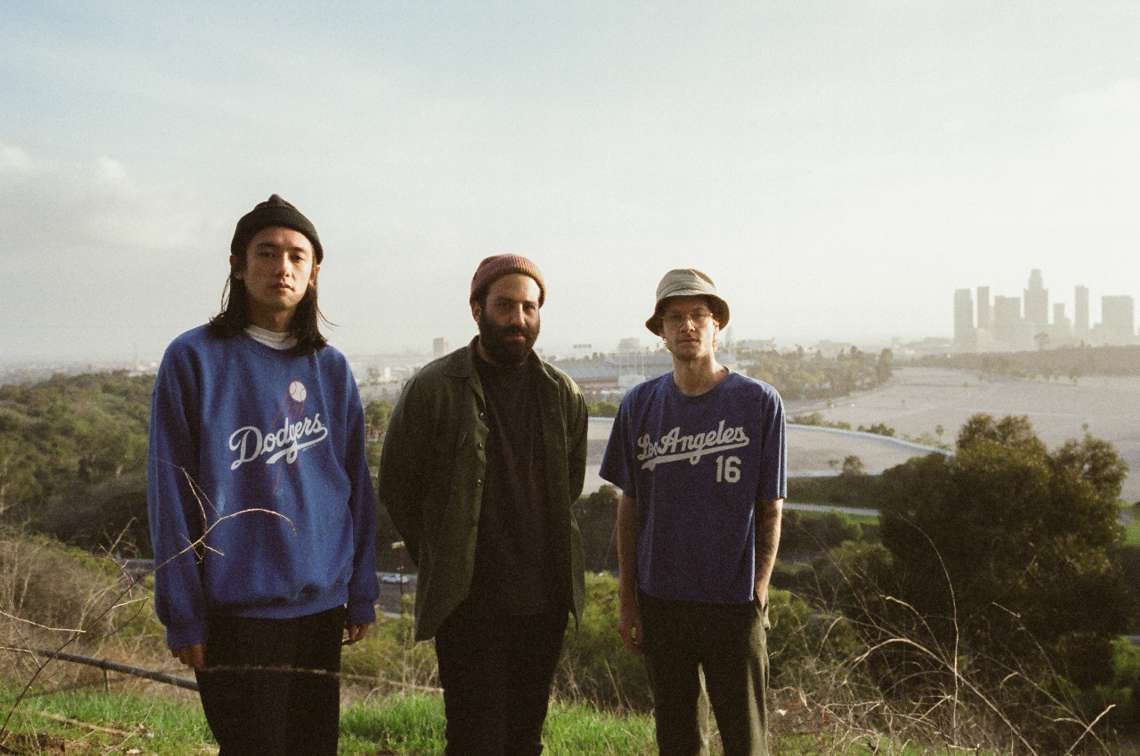 Froth has never been a band content with the status quo. After three records, multiple lineup changes, and forays into shoegaze, psychedelia and post-punk, the Los Angeles trio of Joo-Joo Ashworth, Jeremy Katz and Cameron Allen have been defined by change as much as any one particular sound. However, their fourth record, ​Duress (Wichita Recordings), sees the band stepping outside the shadow of their influences and into something wholly their own. It’s an impressive and self-assured statement from a group only just entering their prime.

The path forward wasn’t always so clear. Cutting their teeth in Los Angeles’ competitive underground scene, the group gradually discovered their sound via a steady regimen of East LA house shows, downtown DIY gigs and support slots at some of the city’s most storied venues. It wasn’t until the release of ​Outside (Briefly) ​ , their first record for Wichita, that Froth established themselves as a true band apart. A captivating collection of motorik rhythms, outsider pop, and alternately abrasive and gauzy guitarwork, the album caught the attention of the indie world at large and support tours with alternative rock icons Interpol and Ride soon followed.

After a two-year hiatus, Froth is back with their most fully realized work to date, ​Duress. Co-produced with longtime friend and collaborator Tomas Dolas (Oh Sees/Mr. Elevator) at his analog-focused Studio 22 in Cypress Park, CA, the record is unapologetically experimental yet undeniably accessible - combining some of the band’s strongest hooks with left-field sounds and unexpected flourishes of electronica. Ashworth, himself, has matured into a talented producer in his own right, communicating his singular vision through studio technique as much as his angular, Verlaine-inspired guitar sound. As always, the rhythm section of Katz and Allen displays a tightness and sense of mutual understanding only achieved through years of friendship and extensive touring.

Recording and touring for the first time as a three-piece, Froth has finally been able to realize their vision without compromise. Mirroring their open-minded studio approach, Froth’s live show is equally enthralling in its incorporation of analog synthesizers, overdubs and drum machines. Both on record and in concert, Froth exhibits the exuberance of a band fully in control of their sound and capable in their execution - and it’s exciting to experience.