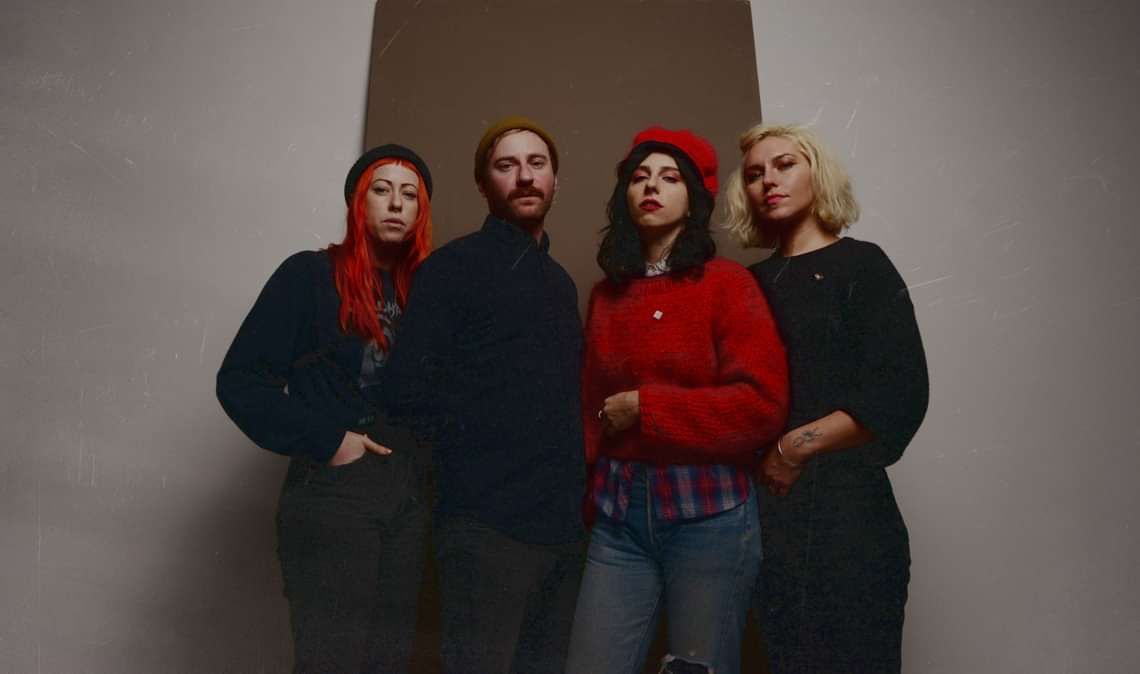 FEELS today premiered their new song Post Earth - the title track of their forthcoming new album - via LA Record, and the “characteristically unpredictable” track can also now be heard HERE. Of the track, singer/guitarist Laena Geronimo says: “Post Earth” is the fictional concept that there is a future for humanity after the Earth has been rendered uninhabitable by arrogant profiteers, who believe that human engineering can create a suitable environment to sustain fulfilling life elsewhere. There is no such thing. The song is addressed to those billionaire 1%ers as their fate unfolds: as they leave their trash behind and take a rocket ship to their new home on Mars, only to arrive and face catastrophic horror. “DON’T YOU KNOW? THE BEST THINGS IN LIFE ARE FREE”

Post Earth is the third song released from the new album, following Awful Need (“quietly anthemic” -- Clash Magazine) and Car (“The track has a rebellious attitude” -- Stereogum), and a live version of the song can be seen via the band’s Hurley session now HERE. Produced by Tim Green (the former guitarist of punk iconoclasts Nation of Ulysses, who has worked with Sleater-Kinney, Bikini Kill, Joanna Newsom, and Jawbreaker, among others), Post Earth will be released this Friday, February 22nd via Wichita Recordings and is available for pre-order on all formats - HERE.

FEELS will celebrate the release of Post Earth with a hometown Los Angeles show at The Echo tonight, February 19th.

Having completed a short U.S. tour in December of last year the band head over to Europe and the U.K. in the spring. They then return to the U.S. for a run of dates with Ex Hex between April 17th – May 5th.