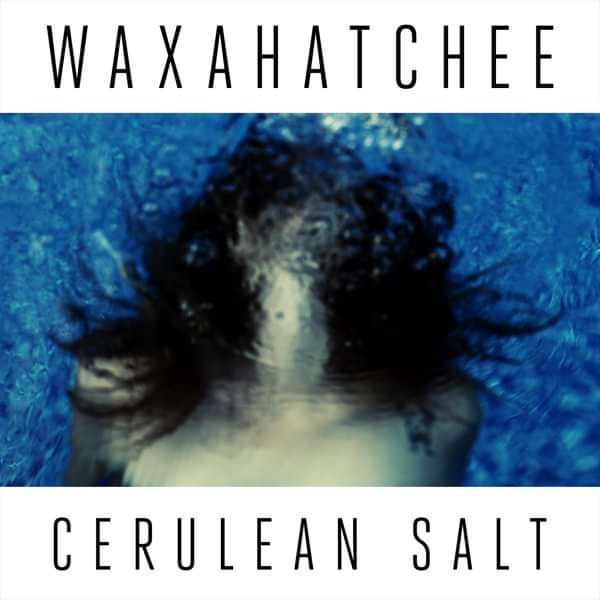 Katie Crutchfield is a natural at writing confessional pop songs. Since picking up the guitar as a teenager she has spent the better part of her young adult life travelling the country to play basement shows for feminist punks with bands like P.S. Eliot, Bad Banana and The Ackleys, all of which she sang for. Crutchfield and her twin sister Allison started these bands in high school, inspired by touring bands that would pass through Alabama, as well as a local community-run show space called Cave 9 where they both volunteered. The sisters were best known as P.S. Eliot, a band that developed a cultish underground following until disbanding in 2011. Deciding to go it alone, Crutchfield became Waxahatchee and released her debut album American Weekend in 2012 and its lo-fi acoustic guitar-pop songs made for one of the year’s best unsung records.

With Cerulean Salt, Crutchfield turns it up a notch and plugs in the guitar as well as adding a few band mates. A more accomplished and polished record, but no less intimate and affecting, the strength of Cerulean Salt lies in the simplicity and purity of its songs; a quality that ties them to millennial pop-punk, with melodies that immediately penetrate alongside Crutchfield’s frank vocal, delivering devastating, straight-from-the-heart lyrics backed by lacerating guitars and slouchy basslines. Sounding like an instant classic from the get go, its songwriting recalls the rawness of early Cat Power, the introspective lyrics of Rilo Kiley and the indie fuzz of The Breeders.

Cerulean Salt was recorded with assistance from Crutchfield’s roommates: her drummer Keith Spencer and bassist Sam Cook-Parrot, as well as her sister Allison Crutchfield (of Swearin’) and Kyle Gilbride (of Swearin’, Big Soda).

Praise for Cerulean Salt: ‘This combination of musical innocence and lyrical experience draws you in... one that sounds just a little more epic with every play’ ‘Album of the Week’ The Observer

‘This is intimate, confident songwriting… Crutchfield’s lyrics are simultaneously starkly honest and tricksily complex’ ‘Album Of The Week’ 4/5 Time Out

‘Truths rarely come as beautiful as this’ 8/10 NME

‘Crutchfield would no doubt laugh it off, but she’s already something of a star and, whatever direction she chooses to take, her potential seems boundless’ 4/5 Mojo

‘The songs Katie Crutchfield sings as Waxahatchee are like scalpels; they slice through her life, her loves and her dreams’ The Guardian

‘Deceptively deep… if at first it seems like Cerulean Salt is a straight forward affair, it’s only because you haven’t taken the time to dive into its carefully constructed dramas and astonishingly stark confessions’ 8/10 Loud & Quiet

‘While it’s always been clear that she is a talented songwriter, Cerulean Salt represents an outstanding example of Crutchfield’s talent blossoming into one of US indie’s most vital and compelling voices’ 8/10 DIY Magazine

‘Katie Crutchfield has a way of delivering a line so casually that it takes a half-dozen listens to fully realise how devastating it is… the work of a songwriter skilled enough to make introspection seem not self-centred, but generous’ 8.4 Pitchfork