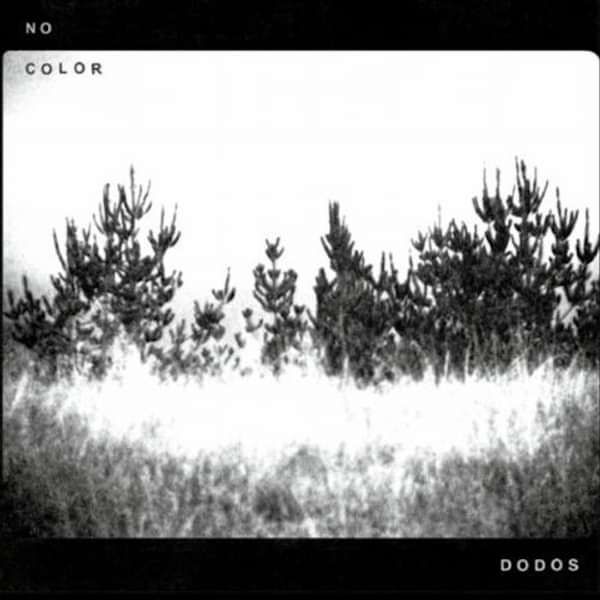 Fourth album from indie folk two-piece, The Dodos. . No Color was recorded with John Askew and features guest vocals from Neko Case.

The drums hit you in the chest first, spraying your speakers like swift gunshots. But then Meric Long’s finger-picked chords kick in, cascading across Logan Kroeber’s brass knuckle beats like only the best Dodos songs can.

This forward motion feeling has driven the duo since 2005, but several key changes lift their fourth LP (No Color) to another level. For one thing, the band reunited with Portland producer John Askew, the man behind the boards of the Dodos’ first two full-lengths, Beware of the Maniacs and Visiter. Having an old friend around was like adding an honorary third member; a voice of reason who can isn’t afraid of vetoing ill-fated ideas. Ideas like glossy layers of vibraphone that lost their luster halfway through.

The main focus of No Color was to bottle the frenzied folk approach that’s been there since the beginning. And it works damn well, from the dagger-drawing dynamics and brain-burrowing choruses of “Black Night” to the hairpin turns and splashy percussion of “Good.” And then there are the songs that’ll make you want to dub old episodes of 120 Minutes, including the instrumental break of “Don’t Stop” and the sneak attack solo that weaves its way around the steely rhythms of “Don’t Try and Hide It.”

“I have a love for ‘90s riffs that I haven’t gotten to showcase in this band,” says Long. “The most fun I had with this record was when I got to strap on the electric guitar and come up with Billy Corgan riffs while the tape was rolling.”

It’s as if Long’s finally got to live the flannel-era fantasies that started when he was a teenager, tearing guitar tabs out of magazines at a local pharmacy. The catch? There’s less room for error than there’s ever been. “We’re more naked this way,” explains Long. “You can hide a lot of your mistakes on an acoustic, but with an electric, every single note is much louder and more piercing. So I have to be way more on top of my playing now.”

Praise for No Color: "No Color is the noisiest, prettiest album of The Dodos' career." 9/10 - The AV Club

"Easily their best, most cohesive album yet, No Color shines brightly-continuing to push the band to new levels of musicianship and songwriting." - Filter

"The Dodos switchback moods and rhythms never settle and that's the prime joy of No Color." 4/5 - Mojo

"No Colors showcases a band who knows exactly who they are and feels completely comfortable in their sound, constantly pushing the boundaries of what is possible for a two-piece." - Consequence Of Sound