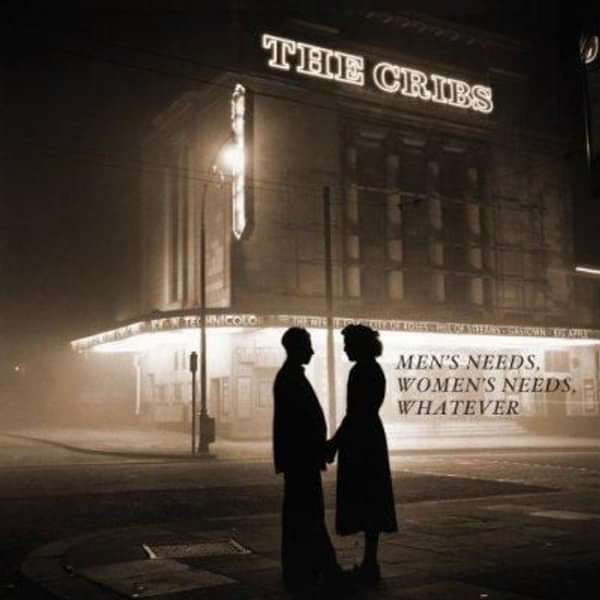 The third album by The Cribs, recorded with Alex Kapranos (Franz Ferdinand).

These are songs that are not simply going to reach people, they’re going to floor them. Whether it be the fizzing riffs and catchy refrains of ‘Men’s Needs’ and ‘My Life Flashed Before My Eyes’, the sneering punk ferocity of ‘Our Bovine Public’ and ‘Major’s Titling Victory’ or the touching tenderness of ‘I’ve Tried Everything’ and the gorgeous, lullaby-like closer ‘Shoot The Poets’, they are all the kind of songs that bore a hole into the head yet settle in very different parts of the brain. Furthermore, you can also hear how the Cribs are laying more sonic building blocks to help them scale future heights. The maniacal, mutated guitar freak-out at the end of ‘Woman’s Needs’ places a feral full-stop at the end of what might-otherwise be a smash hit (doesn’t matter, plenty more potential top ten tunes where that came from) and yes, that is Lee Ranaldo you can hear spitting bile behind ‘Be Safe’’s broodingly brilliant art-rock drones. Approached by the band partly because of his much praised spoken word work, the Sonic Youth man’s proactive contribution extended to adding extra harmonies and his enthusiasm for the track creates a vision of New York(Shire) as it should have been rather than it actually was. Not only is ‘Be Safe’ the most daring song on the album, it also contains the most anthemic chorus the band has ever done. And as anyone who has come across the Cribs before will know, that’s saying a hell of a lot.

"Finally, the Cribs deliver the tour de force they had in them" 4/5 - Rolling Stone

"Ultimately, Men’s Needs… is brighter, sharper and just plain better than anything The Cribs have produced to date." 9/10 - Drowned In Sound