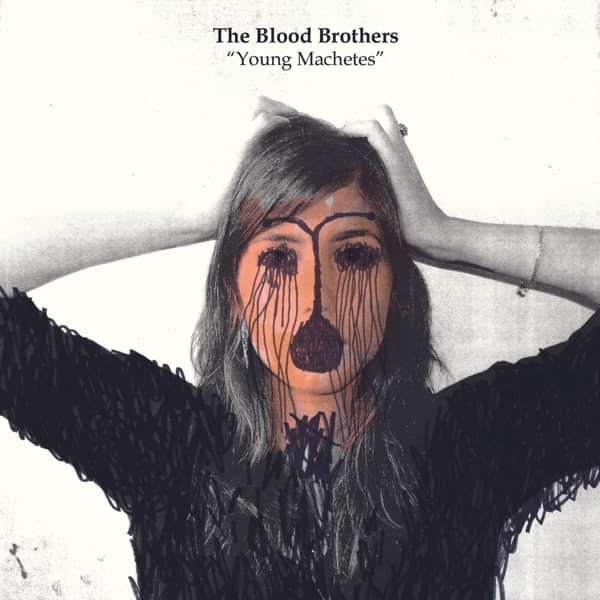 The Seattle based five piece converged on their local Robert Lang Studios to record this, their third album. Once again they teamed up with John Goodmanson, who produced their second album Crimes (as well as engineering & mixing Young Machetes) and, in addition, they enlisted Guy Picciotto (famed Fugazi member and Rites of Spring founder). Together the duo inspired a renewed energy and confidence in the band. “John and Guy helped us believe in our first instincts,” says Morgan, as evidenced on the rousing “Spit Shine Your Black Clouds.” What begins as a keyboard-led, sly shake across a quicksand dance floor, hungry for hearts of glass, deftly segues into a sour ballad-esque passage propelled by Johnny’s baroque howl.

Lyrically, Young Machetes remains firmly rooted in the surreal consciousness, rage and oblique politics the Brothers have always embraced. It also reveals a new, once-bitten wisdom. “I thought the collective dissent of our generation would bring about positive change,” says Jordan of the election year climate that inspired Crimes and its direct commentary. “When that didn’t happen I felt like the bottom had fallen out.” Still, Jordan and the band stay positive, motivated by the idea of the ‘personal as political.’ “It comes down to your dollars and cents - who and what you choose to support.” It also means music is a microcosm for change. “Imagine where we could go with music,” Morgan ponders, “if we always said ‘yes’ and not ‘no’.”