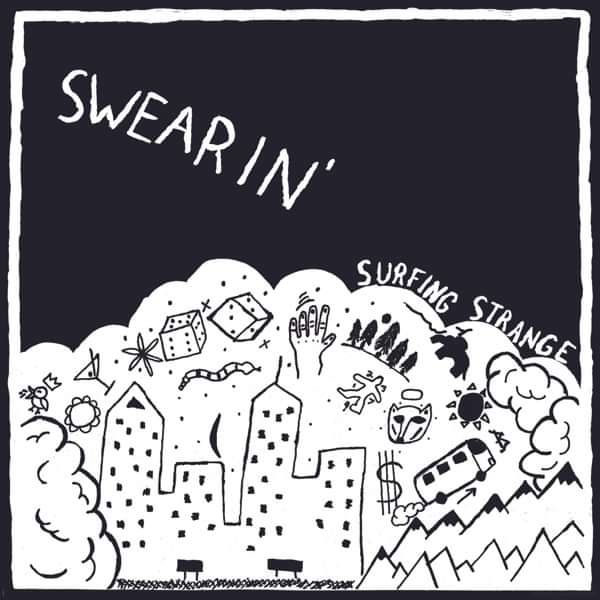 The second studio album by Swearin'

During July and August 2013, Swearin' holed up in Hazel House in their new hometown of Philadelphia and, with Kyle Gilbride once again at the controls, they set about recording their sophomore album. That record has been christened Surfing Strange and it sees the band build upon the foundations laid with their debut to create a record with a more rich and varied sound.

On Surfing Strange the band often slows things down to a grungier, Breeders-like pace (“Parts of Speech”, “Watered Down”) and include more stripped-down moments (“Melanoma”, “Loretta's Flowers”.) One song (“Mermaid”) includes spoken word from an original piece of writing by Keith, whilst on “Glare of the Sun” they introduce keys for the first time, as the song slides from part to part in a style that recalls Olivia Tremor Control (or even The Beatles?!)

"This is everything a punk record should be; abrasive, aggressive, occasionally a little gauche, but with an emotional core that’s unmistakeable, and that elevates Surfing Strange from a enjoyable album to a genuinely gripping one." 8/10 - The Line Of Best Fit