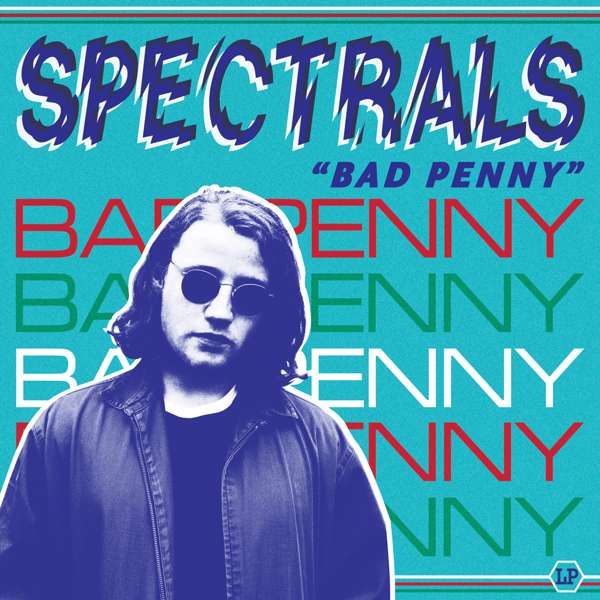 Bad Penny is the debut album from Spectrals aka 21 year old Louis Jones. Mixing ingredients of pop, soul, doo wop, and a garage rock ballad, it sounds vintage but current, while the Yorkshire lilt in his voice (a result of his hometown, Heckmondwike) places him firmly in the UK, rather than Detroit.

Inspired by the music he grew up listening to as a child, from the Rolling Stones (the only CD's his mum ever has in her car) to The Style Council, Elvis Costello and The Ronettes, it's all "just about love really".

In eleven original songs, not heard on any of Spectrals previous tapes, 7"s or E.P's, he documents his relationship with his girlfriend, who he has known since school, from the great to the not-so-good. "Love songs are the kind of songs I like" says the guy who once turned Beyonce's Single Ladies upside down ('Peppermint') "'not all of them are nice, but they're all feelings I've had". As if he wasn't attached to these songs enough, Louis recorded nearly all of the instruments on Bad Penny, with his brother, Will Jones, the only other musician on the album, on drums.

Recorded with Richard Formby (Wild Beasts, Hood, Telescopes, Spectrum) in early 2011, on Bad Penny, Spectrals' knack for writing a great tune is more obvious than ever. "I just love these songs" he says "all I'd hope is for people to come away saying, 'they were 11 ace songs' or if there's a a guy or girl getting messed about, that it makes sense to them. I'm not wanting to make out I'm a genius, I hate it when groups do that. People don't like being talked down to, y'know? This is just songs".