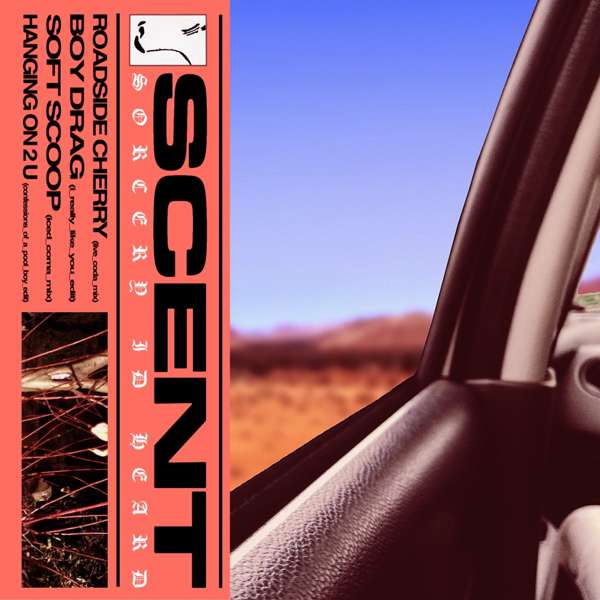 The second EP release from our recent signings - SCENT

ROADSIDE CHERRY follows the release of Scent's debut EP, KIM, which came out last Autumn and received critical praise from The Line Of Best Fit who described it as "bewitching", Another Man who called it "an full EP of strange progressive noise" and Clash who said it was "a startling listen". Gold Flake Paint premiered the video for AMYGDALA (wavedragmix) here describing it as "a suitably hypnotic counterpoint, a captivating blending of colours and shapes that takes the track even further in to the world of the unknown".

Of ROADSIDE CHERRY, the band say:

WIDE FORMAT PRESENTATION - intercooled files found locked in a 2003 pioneer DEH-X4800BT, good for one sofa-rashed weekend throbbing against a headrest. Jump leads included but currently attached to acrylic nail beds - I’ll have to sort that out on the weekend once the road is clear and the sun is up.

All performances provided by the group SCENT, founded 1993 (idealisation circa 2008, fictionalisation 2015)

All enquiries for stain-removal services should be directed at: 07534190280 Thanks for looking!"