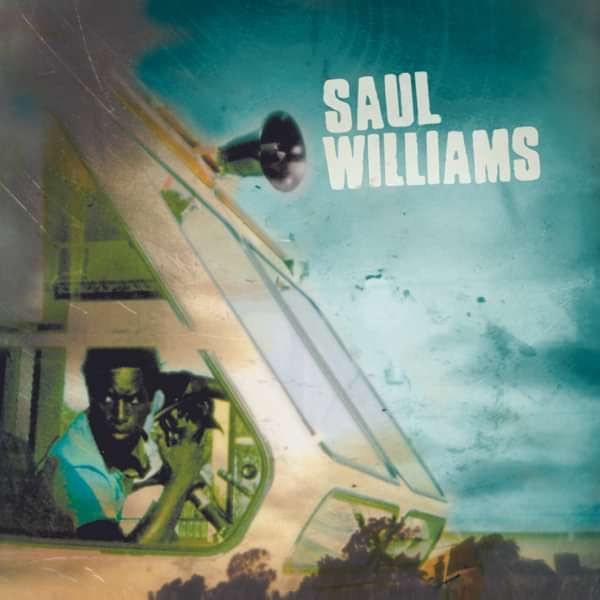 Saul made noise with some tracks in the mid to late 90's on the Eargasm and Lyricist Lounge compilations, to name a few. The songs he released during this time period were grounded in hip-hop but were a far cry from the traditional rap that was gaining popularity at the time.

He released 2001's Amethyst Rockstar, which was co-produced by Rick Rubin and won him critical acclaim all over the world (including The Times Best Album of the Year). Bridging the terrain between the lyrical force of hip hop and the power of raw rock n roll, he has toured with artists from Blackalicious, to Cursive and The Mars Volta.

Which brings us to his latest, eponymous album. It opens with the dramatic piano and choir of the intro, written by System of a Down's Serj Tankian, while Saul sets the tone of the album with an uncompromising oration that showcases his blinding lyrical prowess and fierce intellectual rigour.

As Saul explains "The tracks range from politics to relationships, and the politics of relationships. What I ended up with was something that captured the authoritative cool of hip-hop, the playful angst of rock & roll, the raw, emotional torment of emo – and, my favorite, "screamo" – and the fuck-offness of punk."

"Musically, if I had to categorize the album, I think I'd call it industrial punk-hop,” he says.

The album careens through literally explosive tracks, like ‘List of Demands’ that leaps down your throat with the raw power of an Stooges riff and brutish drumming, while a brilliant children’s chorus of “Waah waah waah WAH!” comes out of nowhere to bring a smile to your face. "Black Stacey", which features Isaiah "Ikey" Owens from The Mars Volta on organ takes a step back to moody reflections, stuttering beats and tense hi-hat. An endlessly dynamic, technicolour album, Saul Williams is a stunning achievement from someone who has already accomplished so much.