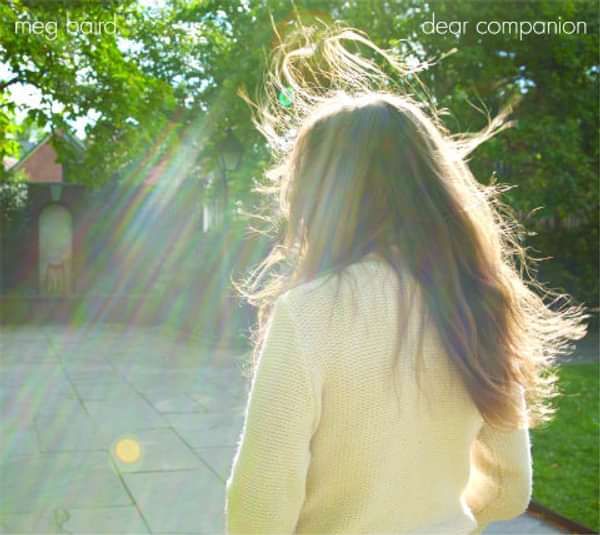 The debut solo album from Meg Baird - comprising of a collection of original songs, covers and traditional songs.

Recorded in spare moments during the sessions for Espers II, Meg approached this project with the idea of relying on early takes and strong performances. In counterpoint to the recording work she was equally buried in with Espers--sculpted recordings formed over hour upon hour of meticulous time in the studio--Meg was very keen to make a something in tandem that was far more open to revealing reach and flaws.

Following well-worn traditions in solo albums, namely loner, domestic, and bedroom guitar, Meg relied heavily on the patterns in her daily life for working on this new material. Much of the work on these songs took place under headphones while riding Philadelphia’s public transportation network during peak commuting hours. “A lot of people absolutely can't stand riding the El (understandably), but everything about it worked deeply into my thoughts about this record – the romantic ghosts of trains, the time around strangers… and everyone’s problems showing (yes, mine too). Once home, I have a hidden attic apartment with a watchtower view of the city. It’s especially beautiful very late at night and very early in the morning, somewhere between Oz-like cliffs, a soaring canyon, a cop movie. It’s always a little disappointing that there is not an effective micing technique to capture these backgrounds in my head, but I did my best to make them audible.”

Made up of a mix of her own original material, cover versions and a selection of traditional numbers, Dear Companion is a collection of songs that are very close to Meg’s heart. “I tucked into this collection of songs as much personal coding and shapes as I could without weighing down the branches too much. I really love these songs and take them very seriously and was just trying to do a really good job with everything I had available at that time. I wanted to make something new and worthwhile, all the while harboring a feeling that all songs have already been written.”

And far more than “a good job” has most definitely been done! Fans of Espers, and newcomers alike will immediately swoon to the sound of Meg’s uniquely beautiful voice and the pluck or strum of guitar and mountain dulcimer. The passion and feeling in this record is immediately apparent and compulsive.

Track list: Dear Companion River Song The Cruelty Of Barbary Allen Do What You Gotta Do Riverhouse In Tinicum The Waltze Of The Tennis Players Maiden In The Moor Lay Sweet William And Fair Ellen All I Ever Wanted
Willie O'Winsbury Dear Companion