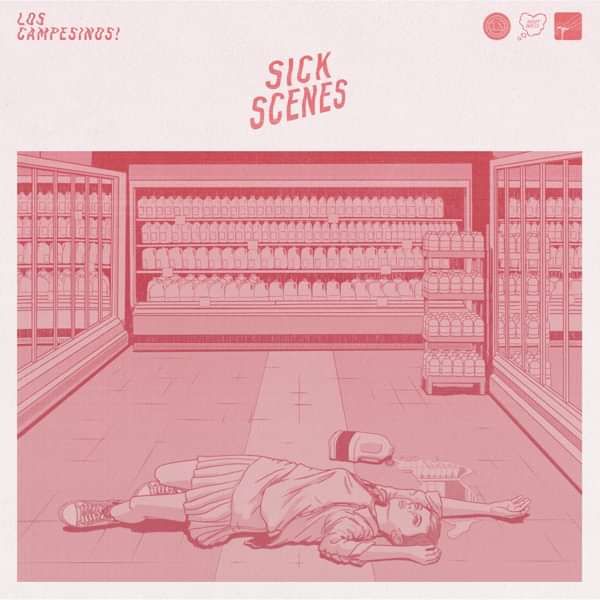 Sick Scenes is the sixth studio album by Los Campesinos! and follows their highly acclaimed 2013 release, NO BLUES.

Sick Scenes was produced once again by long-time collaborator John Goodmanson (Sleater-Kinney, Death Cab For Cutie) and band member Tom Bromley and was recorded during Euro 2016 in Fridao, Portugal. The band have described the album as* “an expression of the pent-up aggression we felt due to being inactive for so long, but it’s also a celebration of just getting to be a band, of getting to play music with our friends.*” The themes of aggression and celebration that inspired the album have resulted in 11 tracks that find the band sounding as vital and life-affirming as ever.

The CD is in a digipak cover and includes a double-sided fold out lyric/poster insert. ** Praise for Sick Scenes:**

“this is the an album where Los Campesinos! have finally embraced who they are” *****- Dork