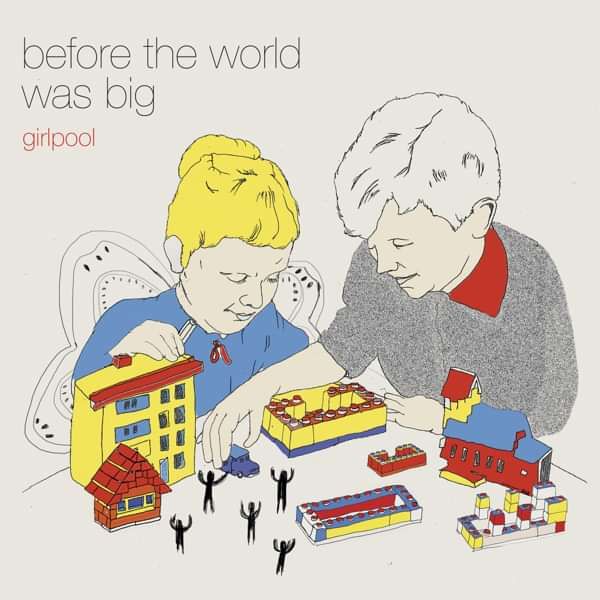 The acclaimed debut LP by Girlpool.

Born and raised in Los Angeles, Girlpool is a Philadelphia based two piece made up of Cleo Tucker (Guitar) and Harmony Tividad (Bass). The two met at Los Angeles DIY venue the Smell and quickly grew very close. Their sound is raw, comprised only of a guitar, bass and vocal harmonies. Cleo and Harmony use this stripped-down instrumentation to accentuate their vulnerable and powerful lyrics.

After releasing their self-titled EP, Girlpool relocated to Philadelphia at the end of 2014 looking for change of pace and scenery. There they recorded their debut LP, Before The World Was Big, with Kyle Gilbride (of Swearin'). Before The World Was Big explores the concepts of growth, friendship, and the interaction between identity and environment. The introspective-punk duo captures growing pains and existential quandaries with a honest and true intention.

“When Harmony Tividad and Cleo Tucker harmonize, it's like a lightning bolt to the gut.” – Songs We Love – NPR

"This brilliant half-hour of punky Americana is a chance to read the journals of the coolest kids in town.”- 8/10, NME

“Introspective, diaristic songs that make a virtue of their simplicity” - **** Uncut

"The emotional gravity carried by its brevity and simplicity, a quantum leap from last year's self-titled EP, is nothing less than astounding.” - 9/10, The Line of Best Fit

“A record that will make you wanna hug your pals and never let them go” - 8/10, Drowned in Sound