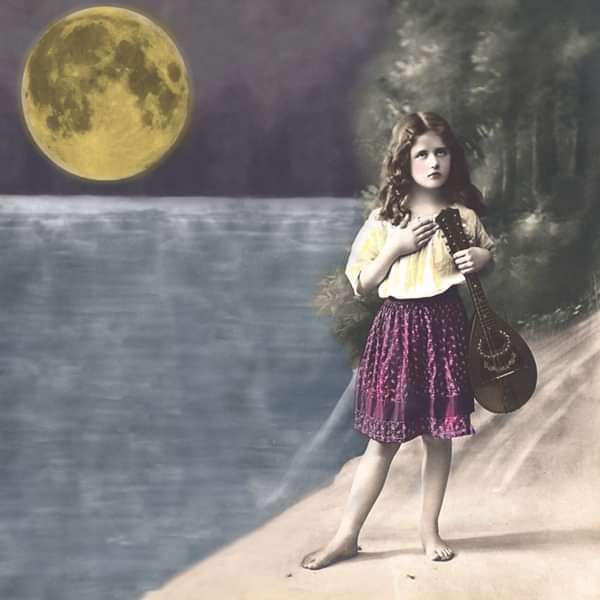 What cannot be argued with is the sweeping majesty and intricate weaving of their voices. An almost telekinetic quality that is all over this like a rousing rash. Sounding like the dreamy and spectral nieces of the Indigo Girls or Michelle Shocked coming in from the campfire to settle at the Stockholm kitchen table, the Söderberg sisters distil all of their collective influences and make them their own. It is sure to be one of the most heralded early debuts of the two (thousand) teens.

So what of the bountiful gems to be heard on The Big Black and The Blue? Well, whereas Wendy and Bonnie made a play for tripped out girl pop many moons ago, these oh-so-talented Swedes have made a play as purveyors of wise-beyond-their-years, country-tinged pop. The songs seep under the skin and claw at you. Surface playfulness is deceiving as the tracks take on a darker hue in places, but both elements work perfectly together to create a trance like quality that makes this debut offering very special. Recorded by the band at their home studio (aka “Cellar Door”), the girls wrote all the songs (and designed all artwork), with small yet purposeful flashes of drumming from friend Charlie Smoliansky adding to the stew.

From the first few strokes of an acoustic fused with those divine harmonies on ‘In The Morning’, we enter the warm and spellbinding nature of First Aid Kit’s world. After this bold opener we move into the mesmeric ‘Hard Believer’, where a real life argument on religion acts as an alternative clarion call with the urgent line: “And it’s one life and it’s this life and it’s beautiful”. The jauntiness of ‘Sailor Song’ is underpinned with driving autoharp and the classic lost love motif. The album’s highlight ‘Heavy Storm’ really indicates just how talented First Aid Kit are, with the vocal movement compelling and lovingly unfolded with a loosely jazzy swing. The fact that it was written two years ago makes it even more an embarrassment of riches, given lines like “I wish I could hold on a little longer / Still my worried stomach and calm my hunger /I wish I could believe what they taught me”.

The latter part of the album unveils more stinging highlights such as ‘Winter is All Over You’. Enveloping and richly rewarding with killer couplets to be found in its slipstream, “I saw your mother at the department store / She looked innocent like a still born”. ‘I Met Up With the King’ (sadly not about Michael Jackson on this occasion), borrows a line from Gram Parsons to marvellous effect, with the First Aid Kit surging and angry voice singing of a dispirited society. The fusion of flutes, guitar and voice on album closer ‘Wills of the River’ was inspired by the film "Into The Wild" and swirls into the ether with the final words "And the world is all alone now/While its children still sleeps, silently". A beautiful lullaby to round out a lovingly tended debut.