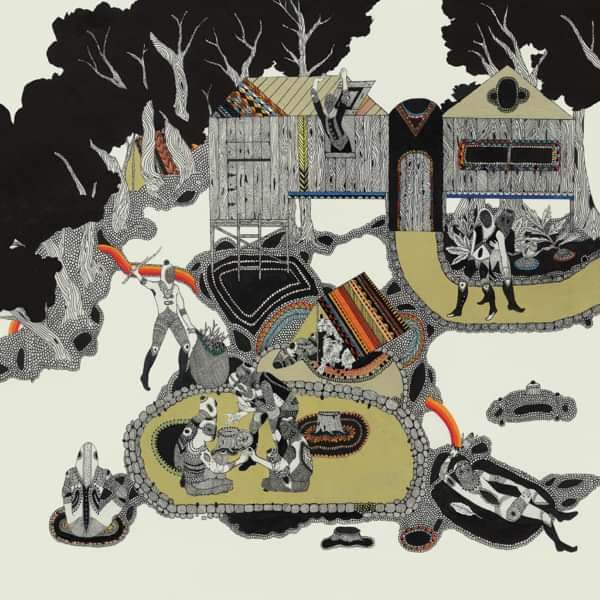 Recorded over the Winter and Spring of 2009, Espers III was intended to be an aural tonic to the layered fullness of the band's second offering. The idea was to record as little as possible in the hope of achieving a stronger, more oxygenated sonic presence. Where II was meant to be almost claustrophobic in its density and darkness, III was envisioned as being a lighter affair; less heavy and more nuanced. The band attempted to create something that would be perhaps cheery at times, though that mark may have been missed. As more time passed in the recording process, a growing dementia within both song and lyrics occurred, such that even the lightest of fare from III seems oddly unwholesome at heart.

As with past releases, III was recorded with the LP in mind. The album is intended to work as a whole and has been organized to best play as two equally weighted sides. Recorded entirely to analogue tape, the album was then also mixed to tape – a factor that became all the more important as an emphasis on underplaying increased. When more space is created in a recording the less sterile that space becomes.

The concept of space flowed through from the recording process into the song writing and lyrics. Without dominating the meaning, each of these songs in some way touch upon "new space," whether by envisioning it, finding it, claiming it, or colonizing it. In fact, the album almost took on the very name, 'Colony', due to a sub-textual thought process that touched upon Herzog's Aguirre, Heart of Darkness, cult groups, deep Amazonian treks, religious nation building, ritualistic drug ceremonies, etc.

Praise for Espers III "This band may take their time between releases now, but they get exponentially more sophisticated and adventurous, not only in their composed material, but in their approach to making records. This is just stellar top to bottom." - All Music