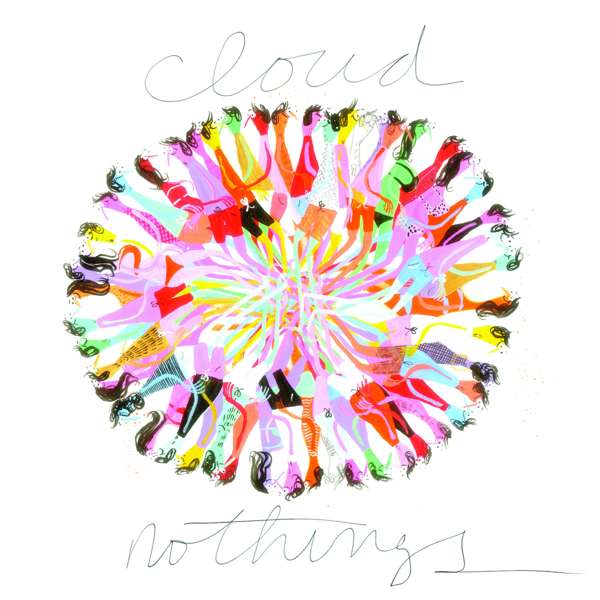 The debut album by Cloud Nothings

It's been a crazy year for Cloud Nothings since they burst onto the music scene last winter. At the time main man Dylan Baldi was 18, living at home, and making lo-fi indie rock on a crappy computer in his parent's suburban basement outside Cleveland. Since then, Cloud Nothings has released an EP and a handful of singles, and the band has put a few North American tours under its belt. Dylan moved out of his parent's house as well. With all the internet notoriety and their recent signing with Wichita, Cloud Nothings are now literally able to come out of the basement to record. Dylan chose to record with Baltimore's Chester Gwazda, known for his production work with Dan Deacon and Future Islands. Recorded this past August in a warehouse studio in Baltimore's famed Copycat Building (home to the original Wham City and many of the city's best musicians and artists), the self-titled Cloud Nothings album shines through with a crispness and boldness that Dylan has always envisioned. The songs now sound as they do live: full of energy, precision, and catchy bits. Dylan plays all the instruments on the album, but this time without the lo-fi scuzz. You can hear the excitement and emotion in the grooves.

“Scuzzy lo-fi from Cleveland: one of the year’s greatest riffs” The Sunday Times

"the effect is akin to early Libertines battling it out with fellow Ohioans Guided By Voices as filtered through a Postcard Records sensibility.” Mojo

"Cloud Nothings is a power pop tour de force, firing on all cylinders, rocketing through 11 pop nuggets like no record you've heard in the last year." Under The Radar